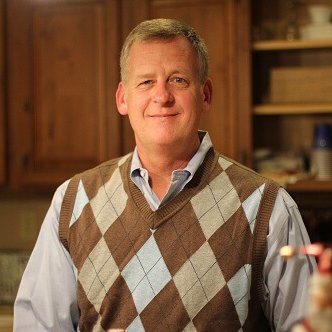 Dr. Denis King graduated from UK in 1981 with an Animal Science degree and then went on to graduate from Auburn School of Veterinary Medicine in 1985. He purchased the Frankfort Animal Clinic with his wife, Myra, in 1986. He enjoys all facets of practice with an emphasis on surgery, ultra-sound, and preventive medicine.

He and Myra have 3 sons:
Wade, a graduate of Auburn School of Veterinary Medicine who works here at Frankfort Animal Clinic.

Logan, a graduate of Auburn University where he received a Master’s in Aerospace Engineering. He is living and working in Huntsville, Alabama as an engineer.

Zachary, a graduate of the University of Kentucky where here received a degree in Accounting. He has obtained his CPA certification and is in Law School at Emory University in Atlanta.

The Kings live on a small farm with two dogs.